Children are required by law to attend school from the start of the term following their fifth birthday. This school admits children earlier than that as part of the policy of the Local Education Authority. Children are admitted to school in the September after they reach their fourth birthday. Earlier admissions are exceptional and are a matter for the Halton Local Education Office. 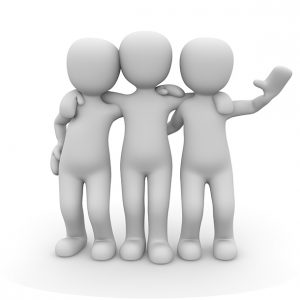 If a Halton community or voluntary controlled school becomes oversubscribed, places will be allocated in accordance with the following criteria:

1) Looked after children and children who were looked after but ceased to be so because they were adopted (or became subject to a residence order or special guardianship order).

2) Siblings – pupils with elder brothers or sisters including half brothers and sisters and unrelated children living together as part of the same household, already attending the school and expected to continue in the following year.

Windmill Hill Primary School operates Halton LA’s admissions policy and as such all areas of school admission are coordinated by HBC.

This website uses cookies to improve your experience while you navigate through the website. Out of these, the cookies that are categorized as necessary are stored on your browser as they are essential for the working of basic functionalities of the website. We also use third-party cookies that help us analyze and understand how you use this website. These cookies will be stored in your browser only with your consent. You also have the option to opt-out of these cookies. But opting out of some of these cookies may affect your browsing experience.
Necessary Always Enabled
Necessary cookies are absolutely essential for the website to function properly. These cookies ensure basic functionalities and security features of the website, anonymously.
Functional
Functional cookies help to perform certain functionalities like sharing the content of the website on social media platforms, collect feedbacks, and other third-party features.
Performance
Performance cookies are used to understand and analyze the key performance indexes of the website which helps in delivering a better user experience for the visitors.
Analytics
Analytical cookies are used to understand how visitors interact with the website. These cookies help provide information on metrics the number of visitors, bounce rate, traffic source, etc.
Others
Other uncategorized cookies are those that are being analyzed and have not been classified into a category as yet.
SAVE & ACCEPT